An interactive classifier plugin that allows the user to assign objects in a label image to multiple classes and train a classifier to learn those classes based on a feature dataframe.

To use the napari-feature-classifier, you need to have a label image and a csv file containing measurements that correspond to the object in the label image. The csv file needs to contain a column with integer values corresponding to the label values in the label image. These interactive classification workflows are well suited to visually define cell types, find mitotic cells in images, do quality control by automatically detecting missegmented cells and other tasks where a user can easily assign objects to groups. 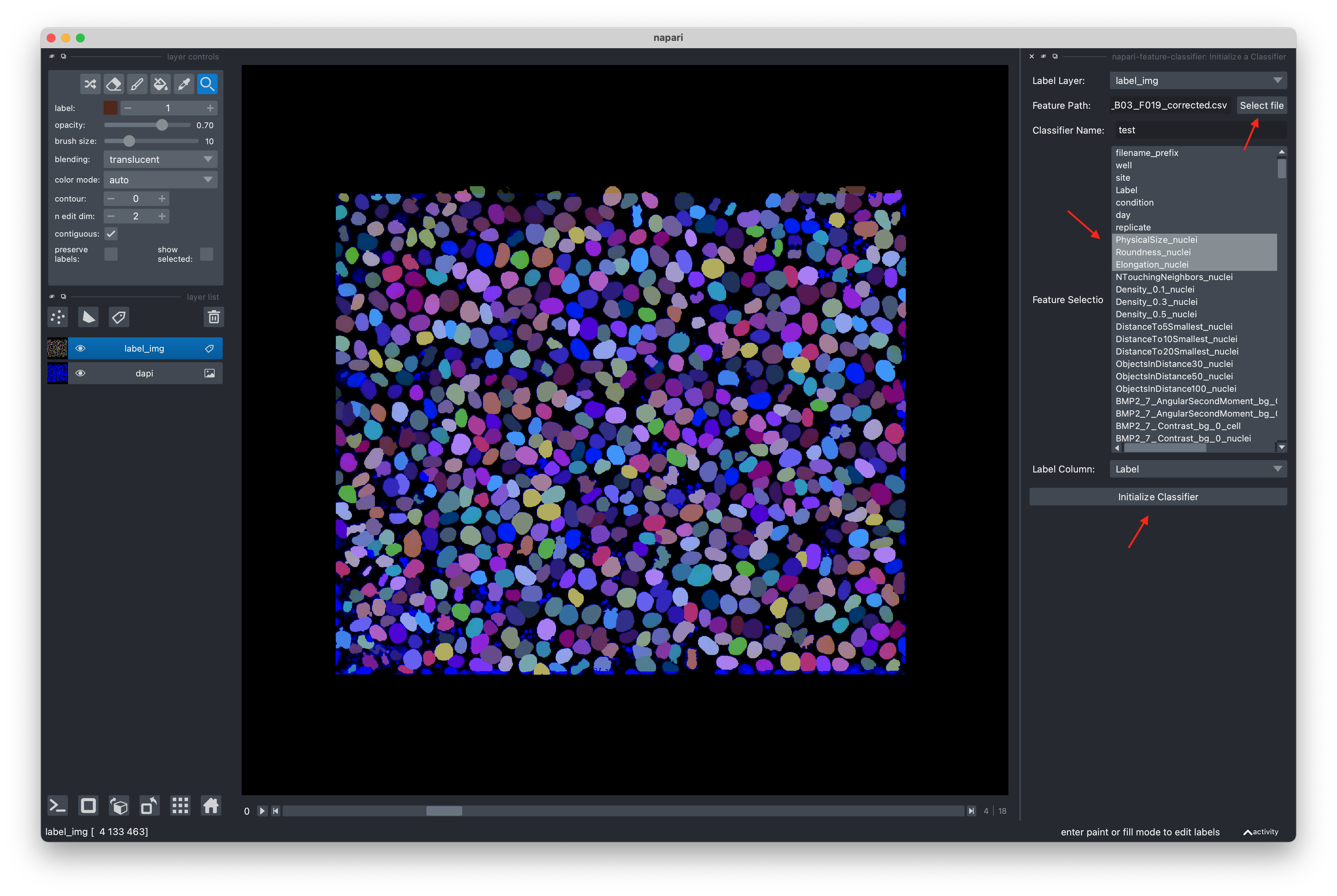 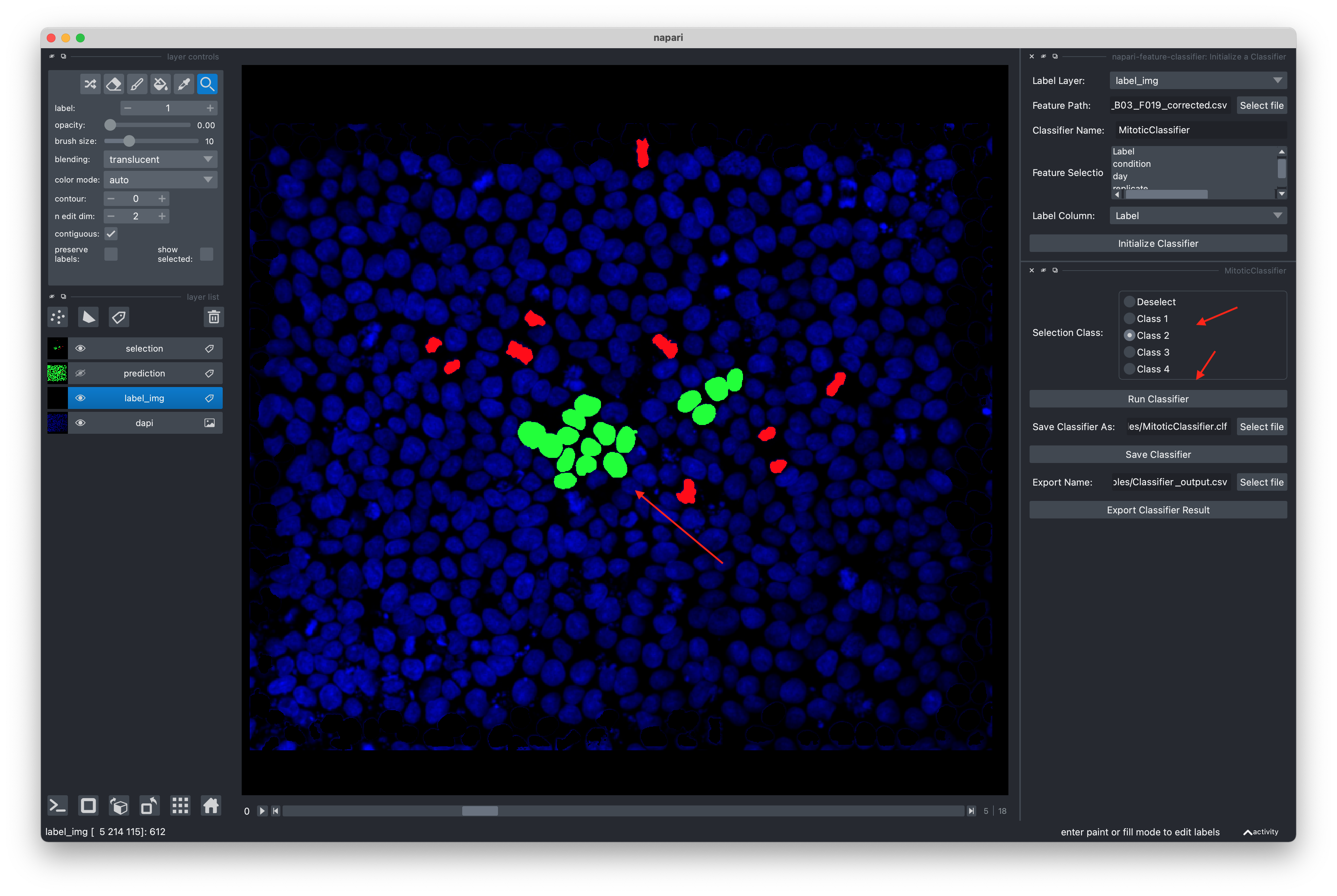 Apply the classifier to additional images: 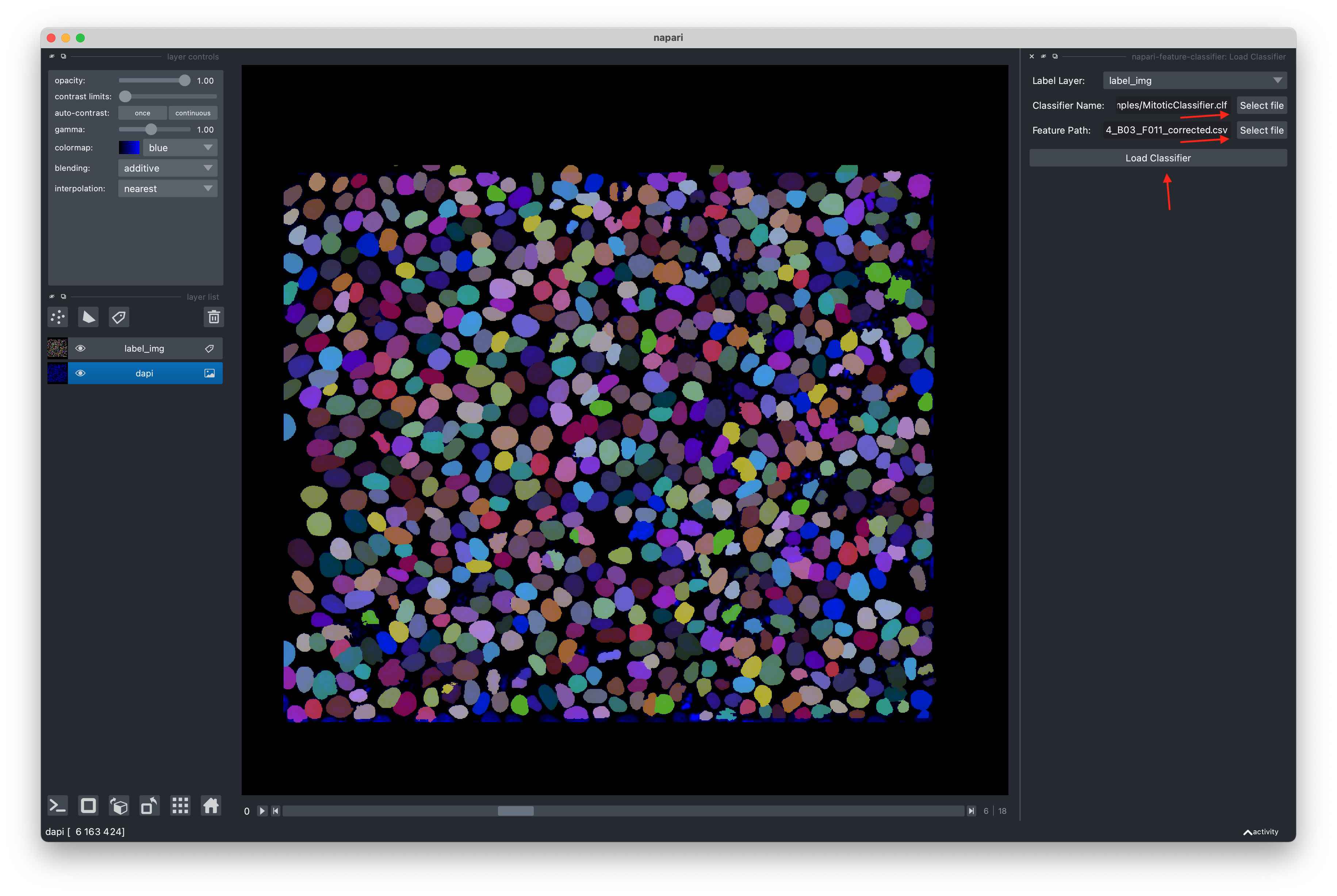 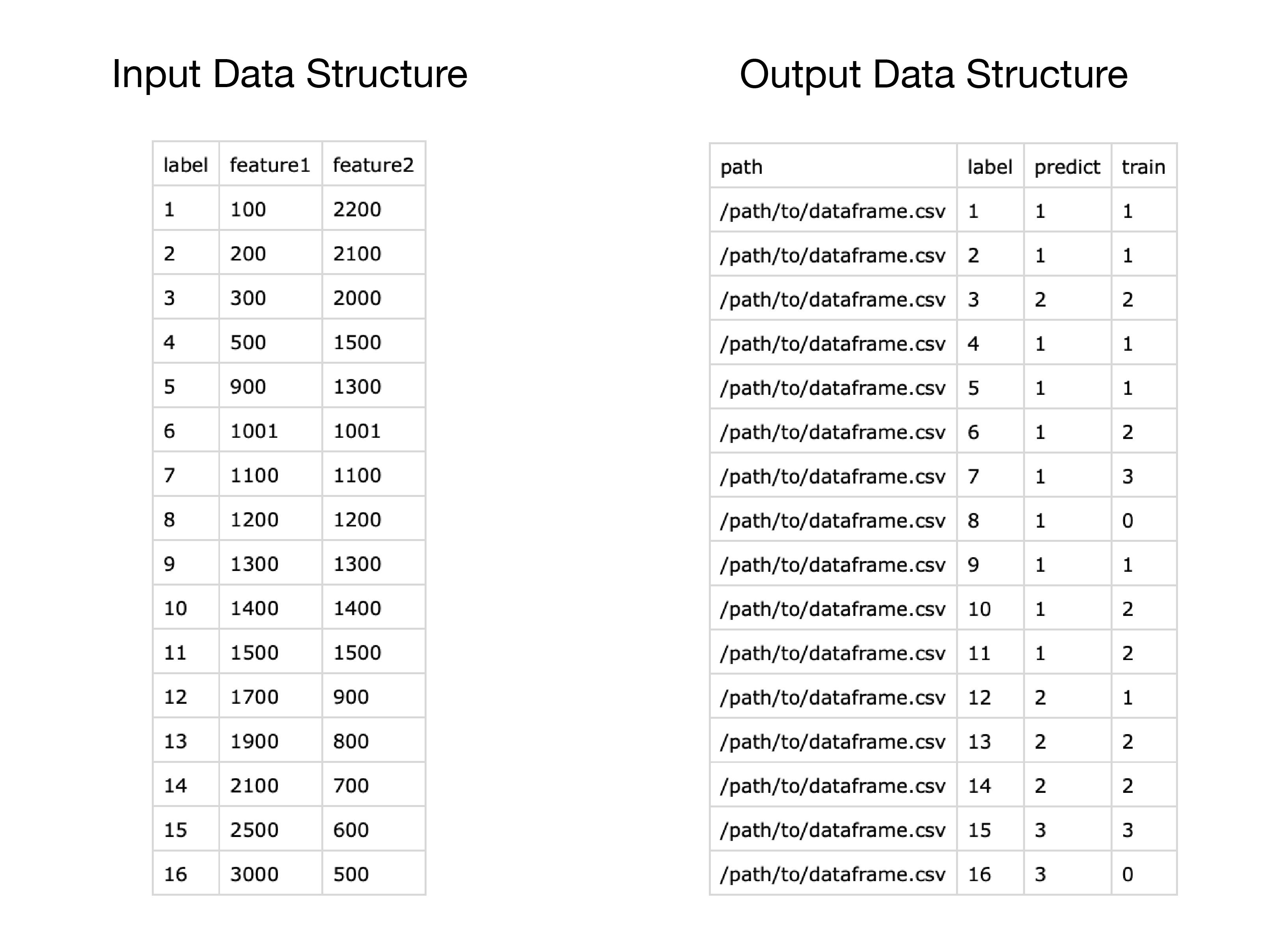 There is a simple workflow for the classifier in the examples folder:

This plugin is written for the new napari npe2 plugin engine. Thus, it requires napari >= 0.4.13. Activate your environment where you have napari installed (or install napari using pip install "napari[all]"), then install the classifier plugin:

Distributed under the terms of the BSD-3 license, "napari-feature-classifier" is free and open source software

If you encounter any problems, please [file an issue] along with a detailed description.

AboutFAQPrivacyContactGitHub repo
The napari hub is a service of the Chan Zuckerberg Initiative in collaboration with napari.